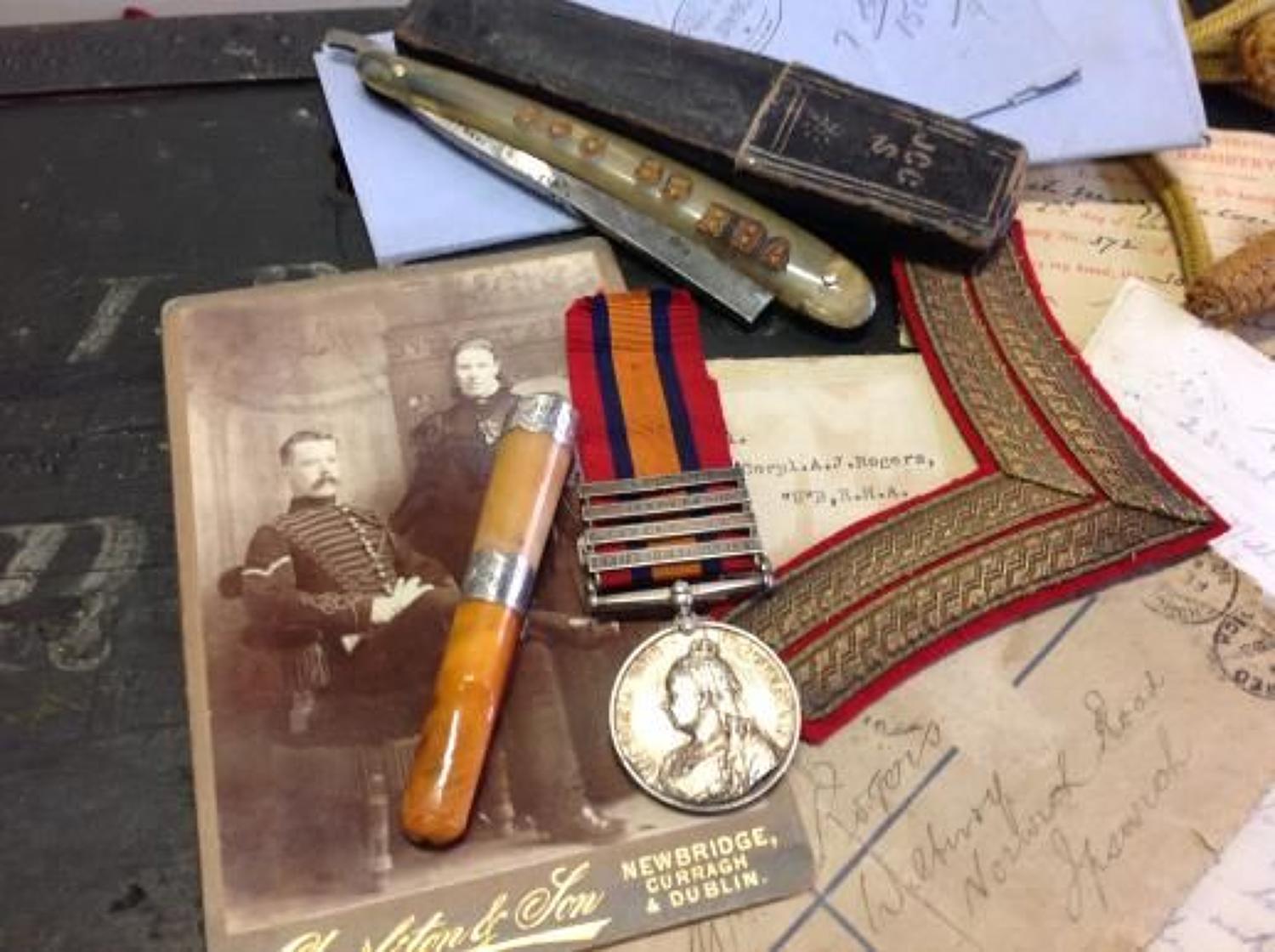 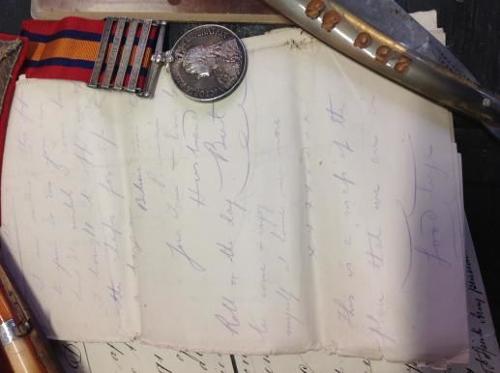 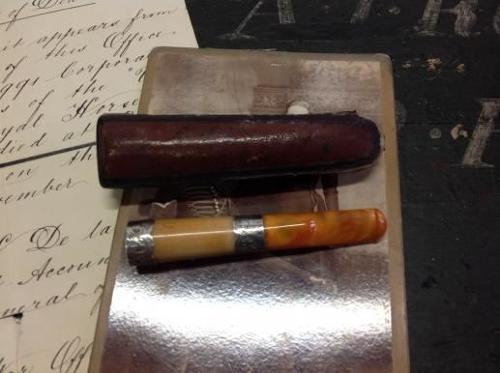 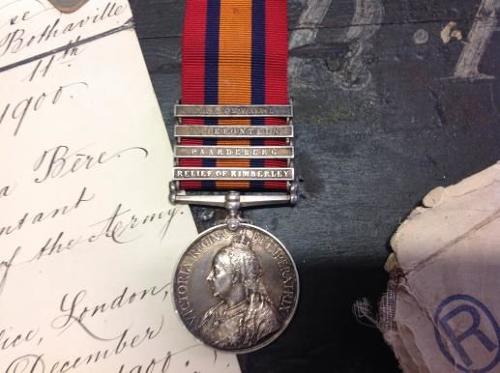 SOLD
An emotive group to Corporal A J Rogers U Bty Royal Horse Artillery. Died Of Wounds at Bothaville 11th November 1900.
Group comprising of the following:-
Queens South Africa Medal with the Bars, Relief Of kimberley, Paardeberg, Driefontein, Transvaal. 1st issue 1899 /1900 on reverse.
Death Certificate signed by H. De La Bere General Of The Army
Large Photo Of Corporal Rogers Seated with his wife
Another of his family.
Marriage Certificate, Daughters Baptism Certificate (Corporal Rogers did not see his daughter whose last Christian name was "Pretoria") also include is her the daughters Death Certificate.
Map of the Transvaal, transcribed with a letter written to his wife.
Two letters to his wife.
A Silver Cheroot Holder in its case with his name on the lid.
The lid from his Medal Box.
Corporals Stripes.
Razor named and regimentally marked.
Pine War Box with Steel Furniture named to him and regimentally marked waterproofed with tar.
A wonderful archive of items with a very sad story and a tragic ending.