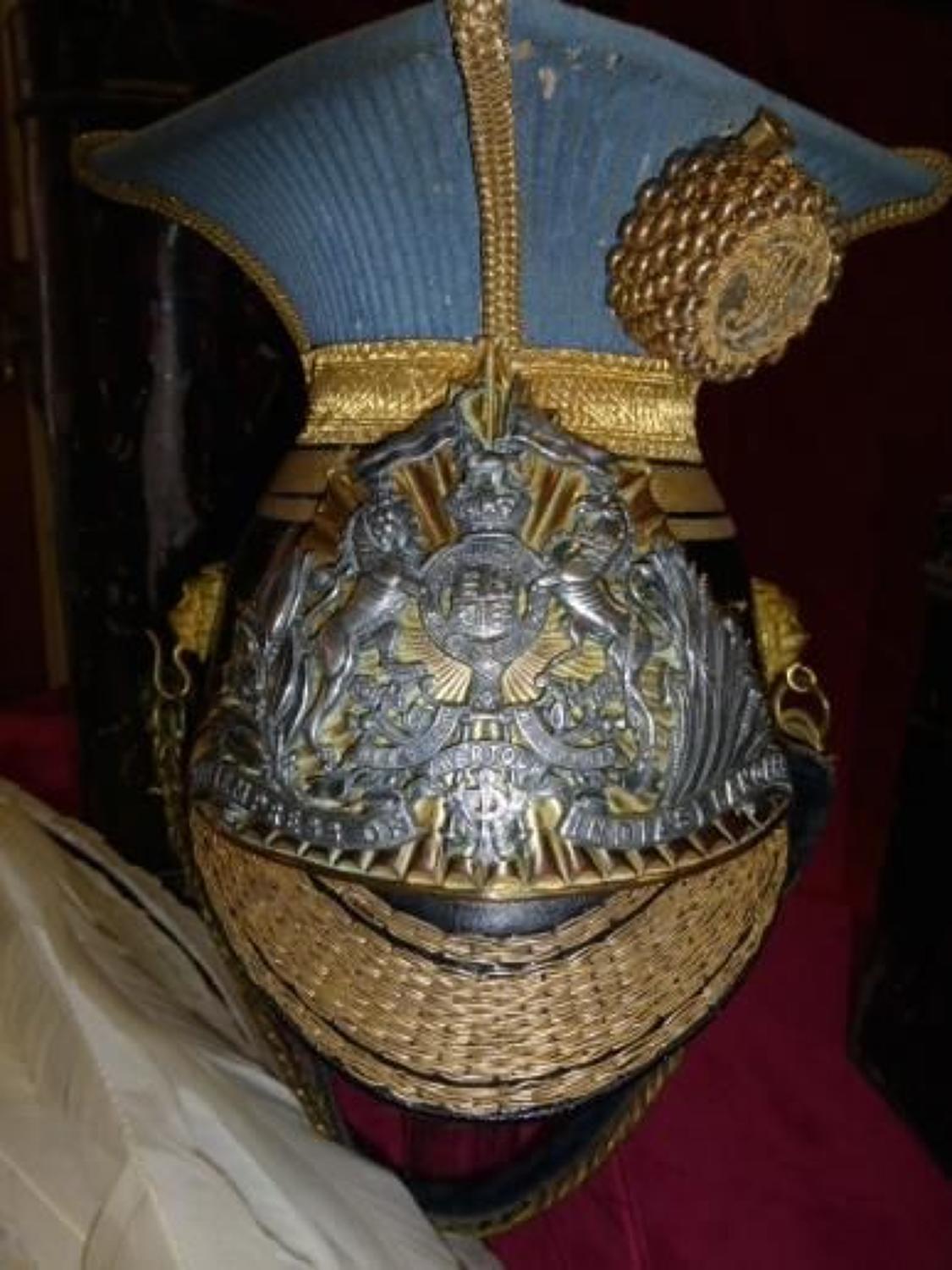 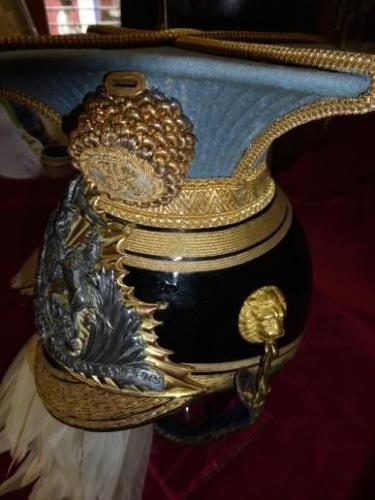 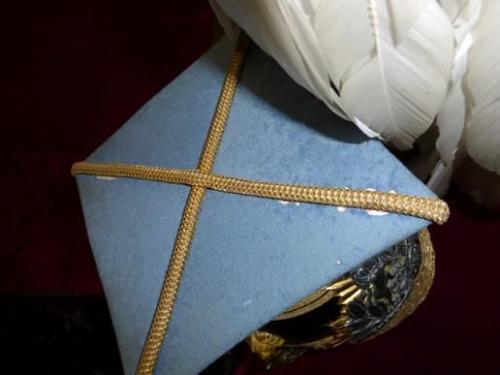 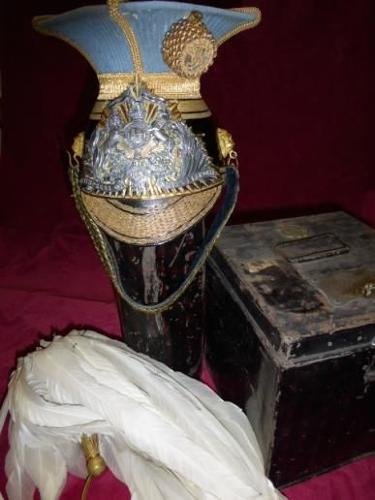 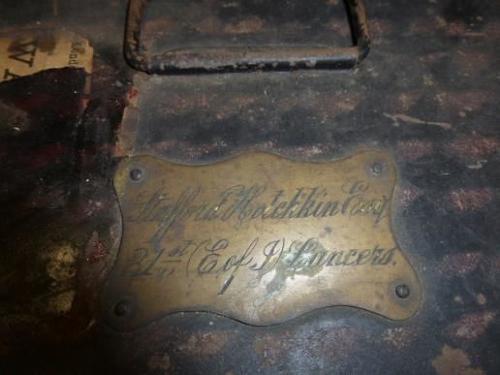 Comprising: Full Dress Lance Cap The skull of black patent leather with the upper portion of French Grey melton cloth, with gold gimp cord across the top and down the angles. To the left side is a gold bullion rosette with embroidered Regimental device of a VR Cypher onto a velvet ground. The gilt lance cap plate is mounted with silvered Victorian Crown Royal Arms, Battle Honour Khartoum, Regimental device and title scroll. Patent leather peak with gold bullion lines. Two gilt metal lion head boss’s support the gilt chin chain with black velvet backing. Leather sweatband to the interior, this now with age wear. Gilt remains fresh, small moth holes to the crown, White Plume present with gilt metal plume holder within its own storage tin. The Chapska is also contained in its original metal storage tin, this with brass engraved name plate and Regimental Title.
Condition Overall inclusive of minor moth damage and lack of interior lining Excellent 8/10

This Helmet has never been in the trade or with a collector and has remained with the original family, until sold earlier this year.